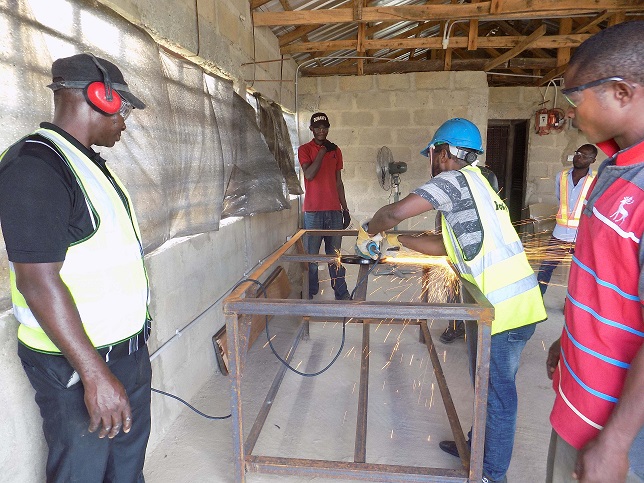 As middle-aged artisan specializing in metalwork, Olajide Adisa David initially lived for seven years in a one-room apartment with his wife and three children, where he paid a rent of N60,000 annually.

As at that time, this sum of money was what he needed as a down payment to own a home through the Millard Fuller Foundation ‘Rent-to-Own’ scheme. Aside from this, the scheme would present him with an opportunity to make a monthly mortgage repayment of N10,000 over a period of seven years, after which the house would become his.

Armed with this information, he took the bull by the horn, completed and submitted an application form and was subsequently shortlisted. In no time, he put together the required down-deposit and on the 10th of September 2015 (6 years ago), his story changed when he and his family moved into their new home. Today, Mr. David is grateful that he took the decision several years ago to opt out of regular tenancy to owning a Fuller home.

“For two years, I barely managed to survive with my wife and kids as I had no stable source of income. I took consolation in the fact that I was not living in a rented apartment. How would I have coped if I was to make a yearly repayment? What would I have told my landlord? I’m sure he would have thrown me and my family into the streets,” he said.

He then recollected with a smile how he secured a metalwork contract with Millard Fuller Foundation, which subsequently enabled him to clear his backlog of mortgage repayments.

Today, Olajide is one of the master artisans helping to train young teenage students of the More Than Housing (MTH) programme, a skills acquisition programme designed by the Millard Fuller Foundation to empower teenagers with the skills required in the built environment.

He is optimistic that by the end of this year 2021, he would have completed his mortgage repayments, which would enable him to take complete ownership of the house. “The Fuller Housing Scheme has been of great help to me and my family”, he concluded with a smile.