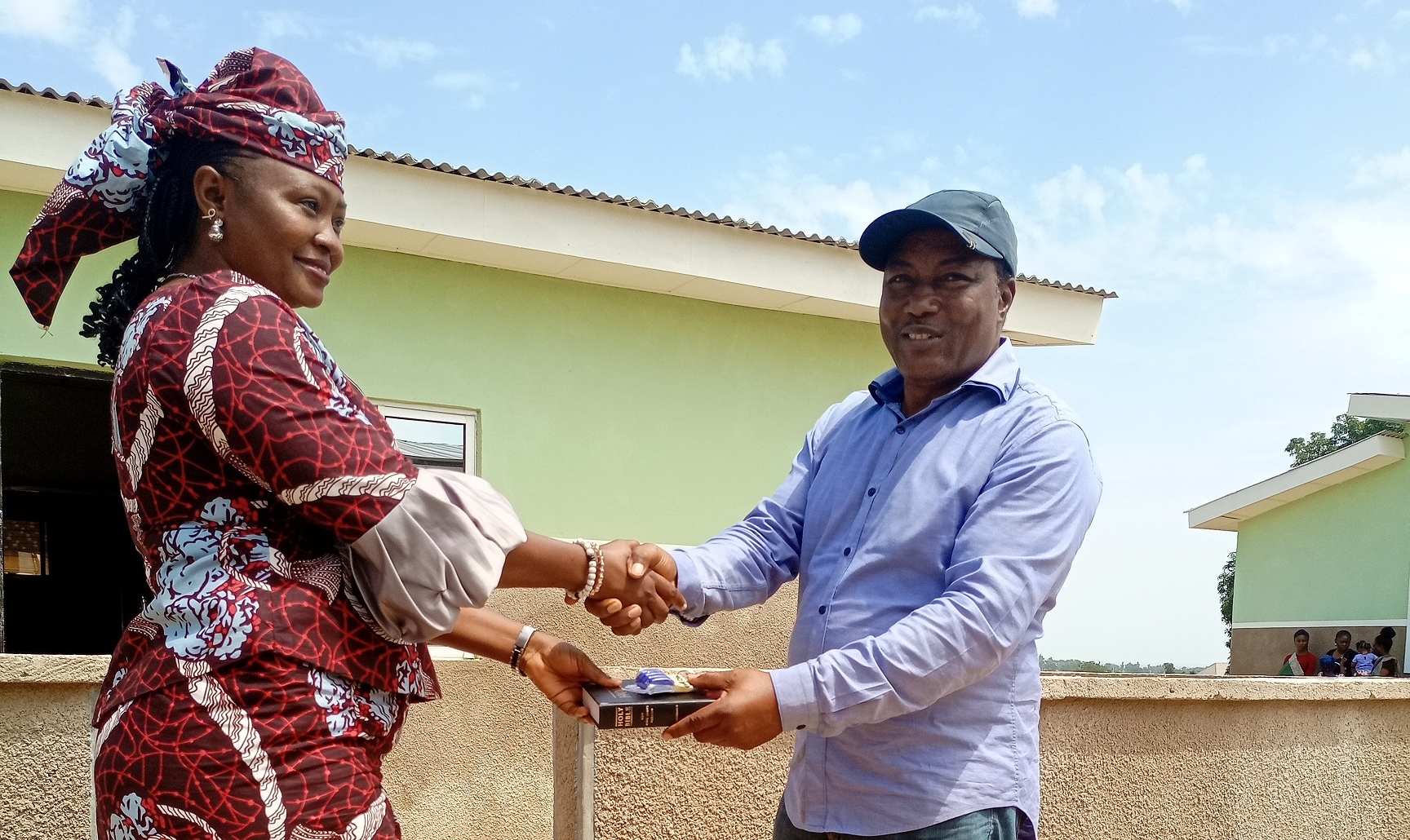 Blessing Daudu is in her late 30s and hails from Kwali in the Federal Capital Territory. She works with the marriage registry of the Local Government secretariat in Abuja. She met her husband in 2016 and they got married in April 2019.

After their wedding, she and her husband moved into a small studio apartment due to financial constraints. The house was in a slum, and had very poor ventilation. “We were not allowing people to come to our house,” she said, “Whenever it rained our belongings would all get wet. My husband often travelled for months due to the bad conditions at home, leaving me all alone by myself. No woman prays for this kind of life immediately after marriage. I often felt like giving up but God gave me the strength to carry on”.

She met Theophilus Damap, the National Coordinator of the Millard Fuller Foundation who was out publicizing the work of the foundation at the secretariat where she works. The offer was too good to be true and on breaking the good news to her husband, John, he could not believe it either. He searched out the organization’s website and made out time to do a physical site visit. It was only after seeing the projects previously executed by the organization in Luvu, that he was certain that the project was not a scam. The couple went through the pre–qualification process and was given the opportunity to buy an application form.

Even though they had dreamt of owning their own home a year after their wedding, they thank God nevertheless that it happened three years after through the Millard Fuller Foundation. Coming up with the initial deposit was not easy, but they did not want this opportunity to slip away so they made frantic effort and were eventually able to source for the money by getting a loan facility.

They participated actively in the sweat equity, which enabled them to interact with other potential home owners and staff of the Foundation; during this process they contributed to the construction of the buildings, participating in its growth from foundation to finish.

“My joy knows no bound,” says Blessing, “God has seen my affliction and chosen to give me an anniversary gift because we got married in April 2019. 2022 is indeed loaded for me and my family: my husband got a job in April 2022 with the Local Education Authority in Abuja, after six years of joblessness. I first heard about Fuller in April 2022 and got the opportunity to become a home owner that same month. Thank you to Fuller and everyone who contributed to the success of this vision to put smiles on our faces. God bless Fuller!”

A Renewed Hope for the Okhuoya’s at Christmas