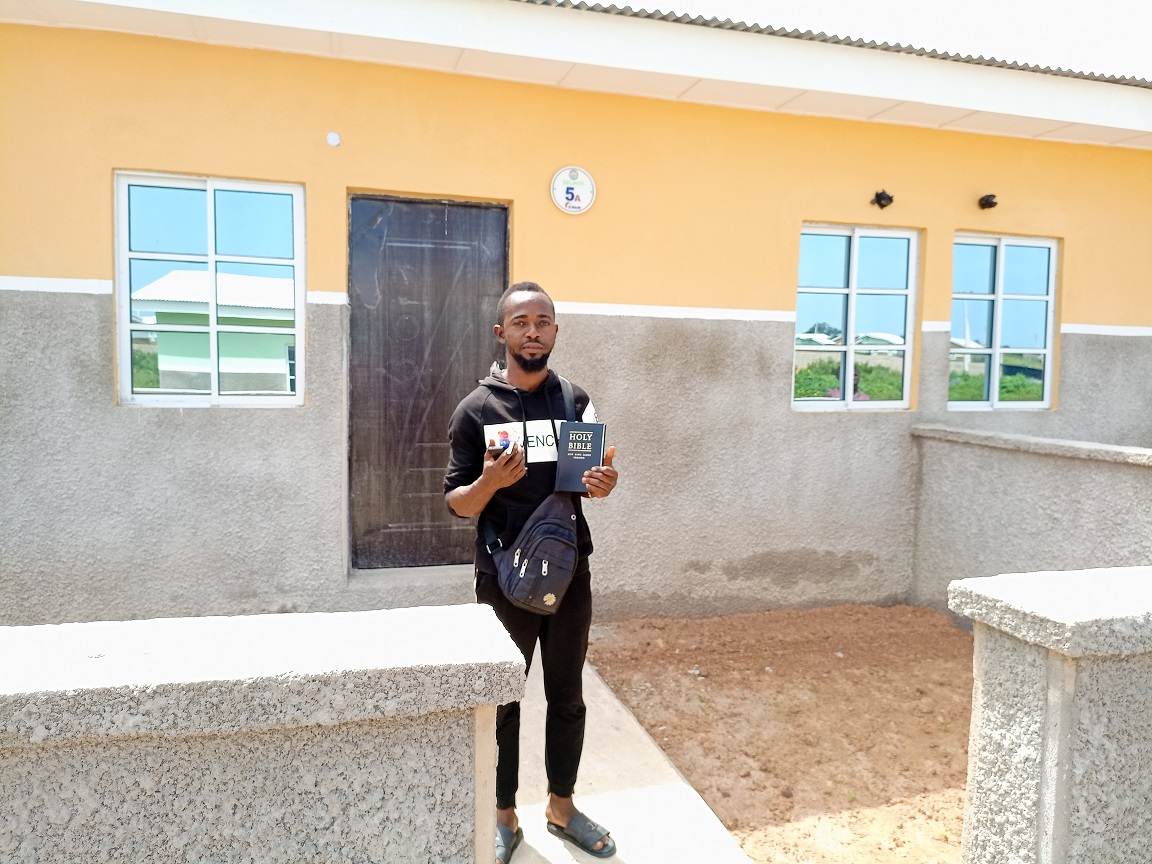 Mr. Erasmus Akanihu is in his early 30s. He came to Nasarawa State in search of a better life, having completed his secondary school in Edo State. In order to conserve scarce resources, he moved in with his brother to share a single room apartment at One Man Village, near Mararaba.

Shortly after, he began a stationery business. His older brother got married but due to financial constraints, Erasmus continued living with him in the little apartment. When Erasmus met and married his wife Chinaza, the apartment was partitioned to accommodate both couples as they shared the rent. As one can imagine, without privacy, both couples went through innumerable inconveniences. Chinaza later joined Erasmus in the stationery business.

Erasmus heard about Millard Fuller Foundation and its Selavip 3 Project from a staff of the foundation, Mrs. Cecilia, who is a regular customer at his stationery store. She told him about our zero-profit housing and the flexible payment scheme put in place for low-income earners and testified as to how she herself had benefited from Fuller Housing many years earlier and how God later blessed her family with a bigger house.

He found it hard to believe even though Mrs. Cecelia was a person he had known for many years to be honest and trustworthy. To erase his doubts Mrs. Cecilia offered to purchase the form on his behalf, but he declined and opted to come to the organization to see things for himself.

Fuller Foundation National Coordinator, Theo Damap he gave him more information about the zero-profit housing scheme and informed him of the education seminar. He obtained the form and attended the seminar and sweat equity programmes, met with other potential homeowners as they soiled their hands together to build each other’s houses. He was totally convinced that this is real. 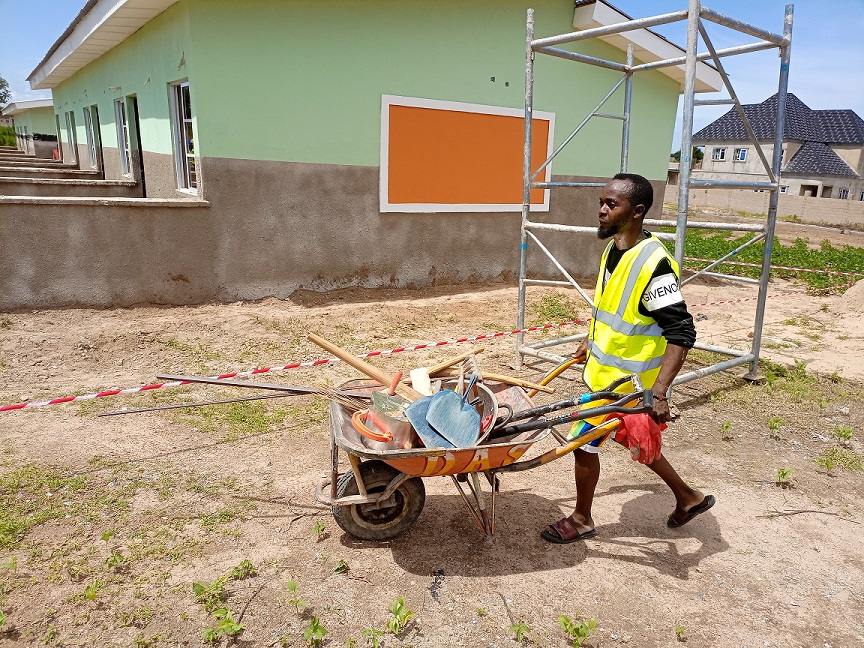 As he already had some money saved from his business and had had plans to move his family to a better apartment where they would enjoy more privacy, he opted for this unique opportunity, and made an immediate deposit for the house after he had told his wife of the good news.

“Thank you to Fuller, Fuller has transformed me. All glory to God!”