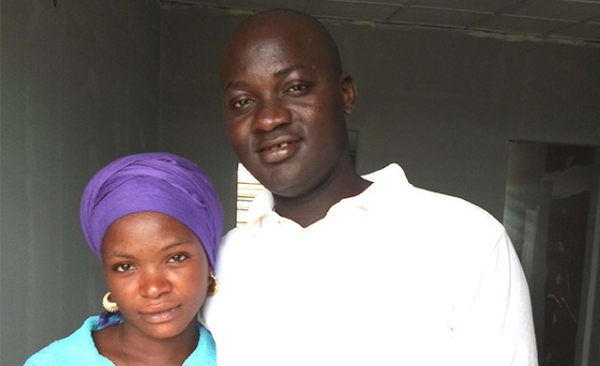 For Julius Bonat, barber by profession and in his late 30’s, owning a place of his own was the last thing on his mind when he left his hometown of Zangon Kataf, Kaduna State, North-Central Nigeria, 15 years ago. In his words, “I just needed to leave my hometown as the quest for a better future was all that I was on my mind.”

On his arrival in Abuja, the Federal Capital Territory, in search of the proverbial Golden Fleece, things were not as he envisaged. “Things were tough as I had to squat with my uncle who lived in Mararaba, a satellite town close to Abuja. Nine of us had to stay in one room as he had two children; the place was not convenient for me at all. The children made life unbearable for us, which is understandable as we had invaded their space. We also shared the toilet, bathroom and other basic amenities with other occupants of the ‘compound’. It was a terrible condition to live in.”

“I secured a job as a foreman with a construction firm in Abuja on a salary of N8,000.00 monthly. I couldn’t consider the thought of renting a place of my own immediately as what I earned was barely enough for me and I managed my salary by walking long distances to save cost on transportation. Most times, I had to hitch rides home from my place of work.”

Julius’s uncle who owned the room where he and others squatted suddenly died and he had no choice but to leave. “All I could afford with the little money I was able to come up with was a room in a slum where the only privacy I had was my little room. All other conveniences like the kitchen, toilet and bath were shared with others that had hygiene as the last thing on their agenda.”

“I got married, rented another place which not much different from my former place and also left my job with the construction company. I started a barber shop, saved as much as I could, as the quest to own a place of my own was topmost on my mind.”

With all his savings, Julius purchased a piece of land at a satellite town, where he could start building a house of his own. “No sooner had I started construction that I discovered I had been swindled. The land belonged to someone else, so the search for a place of my own continued.”

“I was in church on a Sunday morning when I came across a flier from the Fuller Housing asking those who were interested in owning a home to indicate their interest. I did and I was chosen as a beneficiary. Fuller has brought blessings to my family. Today, I am not only happy that I have a place to call my own, my mind is also at rest because I can go out in the morning and come back late at night knowing that my family is safe and secure.”