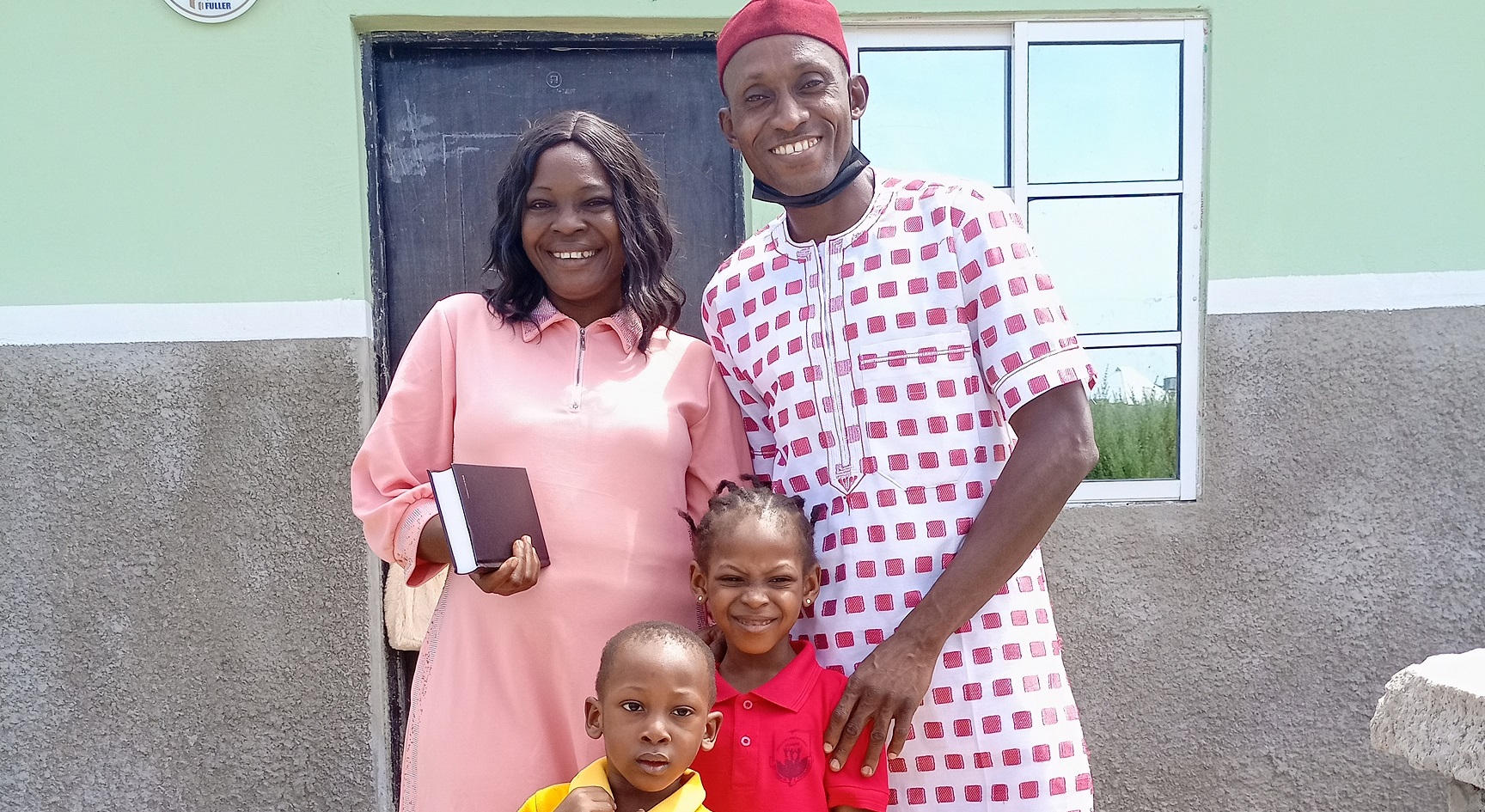 “Millard Fuller Foundation has given my family a reason to hope again after life dealt us many blows.”

Veronica Chibabi Okhuoya is in her mid-forties and hails from Idah Local Government of Kogi state. She attended secondary school at Holy Rosary College, Idah, then proceeded to study Accounting at Bauchi State Polytechnic. On graduation, she worked as a marketer with the Karu business district of the National Electric Power Authority from 2007 to 2009, after which she started her own business, selling shoes and clothes. She is married to Sunday, a painter by profession.

All was going well with the family until her husband was swindled of a large sum of money over an overseas travel scam – money which he had saved over a long period of time. With nothing to fall back on during hard times they had to use whatever little income he earned from his painting handiwork to take care of family needs. Veronica also helped out with any profit she made from her business. “It has not been easy, but God has been faithful,” she said. They live with their two children in a one-bedroom apartment at Zone 4 Estate, Jankawa, in Nasarawa State.

Veronica got to know about the Selavip 3 Project through her husband who explained to her that they were required to attend an education seminar, go through a pre-selection process and if selected, make an initial deposit of N600,000 (six hundred thousand naira) with the balance payment spread over a ten-year period for a 2-bedroom flat. She found it unbelievable and was afraid that her husband was once again about to be swindled. She however reckoned that since he was a registered artisan with the Millard Fuller Foundation, it just might be worth taking the risk, even though she still found it very hard to believe.

Bearing in mind that they were paying as much as N100,000 (one hundred thousand naira) as annual rent for the 1-bedroom house where they stay presently, owning a home they can call their own with a convenient payment plan was almost unbelievable. Veronica told her husband, “If it were a piece of land on sale at that price, I would believe but not a whole house. This is too good to be true!” In order to clear her doubts, the husband had to bring her to the Fuller office and site to see for herself. It was only after this that she became truly convinced that the organization was able to deliver on their promise.

She and her husband then bought the application form and proceeded to fulfill all the requirements to qualify for the house. They pulled resources together to raise the initial deposit and also joined in the sweat equity exercise, where she met many other homeowners joyfully getting their hands dirty and participating in the building construction process.

Veronica and her husband have faced many disappointments in their life and marital journey, the most recent of which was the loss of their six-year old daughter mid-year 2022, but they are grateful that God has eased their pain and encouraged their hearts by removing them from remaining tenants perpetually. They are left with two wonderful children, Abraham and Rejoice. Veronica prays with all her heart that, God will continue to bless Fuller!

“The Fuller Housing Scheme Has Been of Great Help to Me and My Family” – Mr. Olajide Adisa David